The modern varietys and choices have given Decking a revival over the past few years. Typically used to overcome height differences from a house to a garden level,or as a replacement for a patio. However the longevity and low maintenance and versatility of Decking is often what clients look forward to when installing. It also requires none of the ground work patios do. 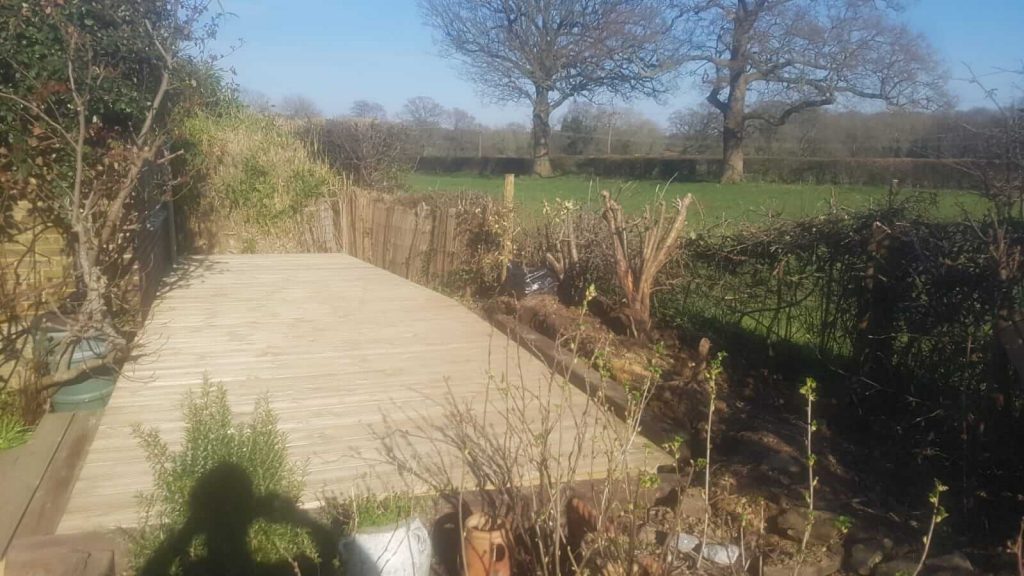 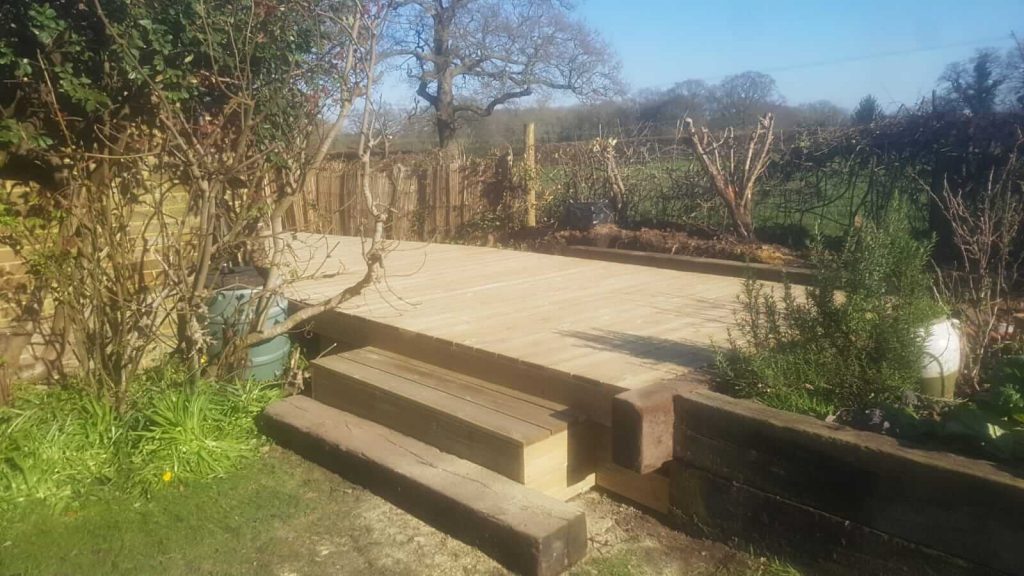 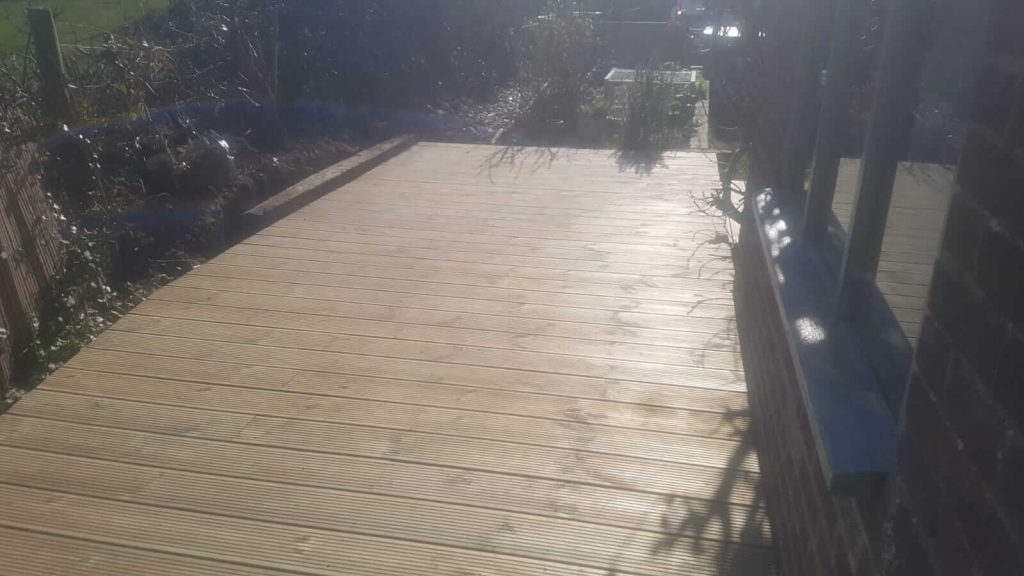 We chose Parklane following a recommendation and during the initial consultation, we stressed that we needed the work completed by a set date due to a very important 40th Birthday party we had planned, no pressure!!! The owner, Dan was honest with us and promised he would complete the job on time but this would require them completing the work in stages which we were happy with and also completely understood due to us leaving the request to the last minute, top tip as they are a busy company, consult with them early as they are in demand!!! As promised the work was completed on time and the finished product is amazing. The team that completed the work were friendly, neat and professional. I even caught one of them washing the front of the house after mixing some mortar which was not expected and shows their pride. The end product rendered us speechless, we were so pleased with the result and the reactions from our party guests were as expected, everyone wanted Parklanes number… I would fully recommend Parklane and we are completely satisfied with their work.

Paul
Leave us a review

Facebook-f Instagram Youtube Twitter Pinterest
Parklane Landscaping Receive: 4.9 ★★★★★ rating based on 17 reviews on Reviews & Google.
© Copyright 2021 Parklane Landscaping. All Rights Reserved. | Designed By Media & More
We use cookies on our website to give you the most relevant experience by remembering your preferences and repeat visits. By clicking “ACCEPT ALL”, you consent to the use of ALL the cookies. However, you may visit "Cookie Settings" to provide a controlled consent.ACCEPT ALL
Manage consent

This website uses cookies to improve your experience while you navigate through the website. Out of these, the cookies that are categorized as necessary are stored on your browser as they are essential for the working of basic functionalities of the website. We also use third-party cookies that help us analyze and understand how you use this website. These cookies will be stored in your browser only with your consent. You also have the option to opt-out of these cookies. But opting out of some of these cookies may affect your browsing experience.
Necessary Always Enabled

Performance cookies are used to understand and analyze the key performance indexes of the website which helps in delivering a better user experience for the visitors.

Analytical cookies are used to understand how visitors interact with the website. These cookies help provide information on metrics the number of visitors, bounce rate, traffic source, etc.

Advertisement cookies are used to provide visitors with relevant ads and marketing campaigns. These cookies track visitors across websites and collect information to provide customized ads.

Other uncategorized cookies are those that are being analyzed and have not been classified into a category as yet.